Two Team Photos, One Difference: The Cheerleader With Down Syndrome

U.S.|Two Team Photos, One Difference: The Cheerleader With Down Syndrome

A junior high cheerleading team took nearly identical photos with and without Morgyn Arnold. The school called the publication of the photo without her a mistake that is under investigation.

Morgyn Arnold is a natural cheerleader. She grew up supporting her six older siblings at sporting events in Utah and followed in her father’s and sister’s footsteps by becoming a cheerleader herself.

For Morgyn, who has Down syndrome, being on the Shoreline Junior High School cheer squad gave her a chance to make friends and feel included after transferring to the school last summer.

But when the school yearbook came out a few weeks ago, Morgyn, 14, was not in the team’s photo or listed as part of the squad. The school has since apologized for what it called an “error,” but Morgyn’s sister Jordyn Poll said she believed that the exclusion was intentional.

Mrs. Poll, 25, described on Facebook this week how two nearly identical photos were taken during the team’s photo shoot: one with Morgyn and one without. The photo without Morgyn was used for the yearbook and school social media accounts.

“We found out when Morgyn came home from school with her yearbook and she was devastated,” she said. “Watching her feel that and watching her see that broke my heart.”

The controversy is only the latest in a string of dust-ups over yearbooks. Students and parents demanded an apology after a Florida high school altered photos of dozens of girls to cover more of their chests, and yearbooks in Florida, Texas and North Carolina drew backlash for their coverage of the Black Lives Matter movement.

Shoreline Junior High School, which is in Layton, north of Salt Lake City, posted a public apology to Morgyn’s family and “all others impacted by the error” on its Facebook page on Tuesday.

School employees involved with the cheer squad did not reply to requests for comment. But Shauna Lund, the community relations supervisor for the Davis School District, told The New York Times that the incident was under investigation and that the school planned to work with the family to “ensure that this does not happen again.”

“We are deeply saddened by the mistake that was made,” Ms. Lund said. “We are continuing to look at what has occurred and why it occurred.”

Morgyn’s father, Jeff Arnold, said that instead of pointing blame at the school, he wanted to use the situation to raise awareness about the importance of thoughtful inclusion and compassion.

“If we can find ways so that this doesn’t happen to somebody else, that’s all that we want,” Mr. Arnold said. “That’s all that matters, because we can’t go back and put her in the yearbook.”

Morgyn’s family did not want her to speak directly with The Times because of concerns over online harassment. But according to Mrs. Poll, Morgyn has already forgiven everyone involved.

She said her sister had a positive experience on the team, where she spent hours learning dances, attending games and cheering on classmates.

“Those girls loved her. Those girls tried to do everything that they could to be inclusive to her and be kind to her,” Mrs. Poll said. “It’s not very often that people include her.”

One of Morgyn’s teammates, Maddie Campbell, 15, wrote that the team was “heartbroken” to find out she was not included on the yearbook page. “Watching her cheer would always make me so happy,” she wrote.

Maddie said she did not remember whether the photographer or the team’s adviser asked Morgyn to sit out of some of the team’s photos, and does not recall receiving an explanation for the action. She thought it was a weird request at the time, she said.

Morgyn, who has cheered her whole life, often practices by singing and dancing around the house. One of her favorite cheers involves asking fans in the stands to shake their booty.

Mrs. Poll described her sister as a sassy, spunky teenager with a big heart. “She is a personal cheerleader with everyone she comes in contact with,” she said.

Going forward, Mrs. Poll said she would love to see students with developmental disabilities have more opportunities to get involved with their classmates, rather than being “tucked away in the special needs room.” She also wants people to understand that just because someone is different does not mean their value is different.

Since the yearbook photo garnered public attention, Mr. Arnold said he had read hundreds of messages with similar stories about children — both with and without disabilities — being left out.

“This is about how do we do better for everybody, not just for Morgyn,” Mr. Arnold said.

And next school year, he said, Morgyn plans to continue cheerleading alongside her friends. 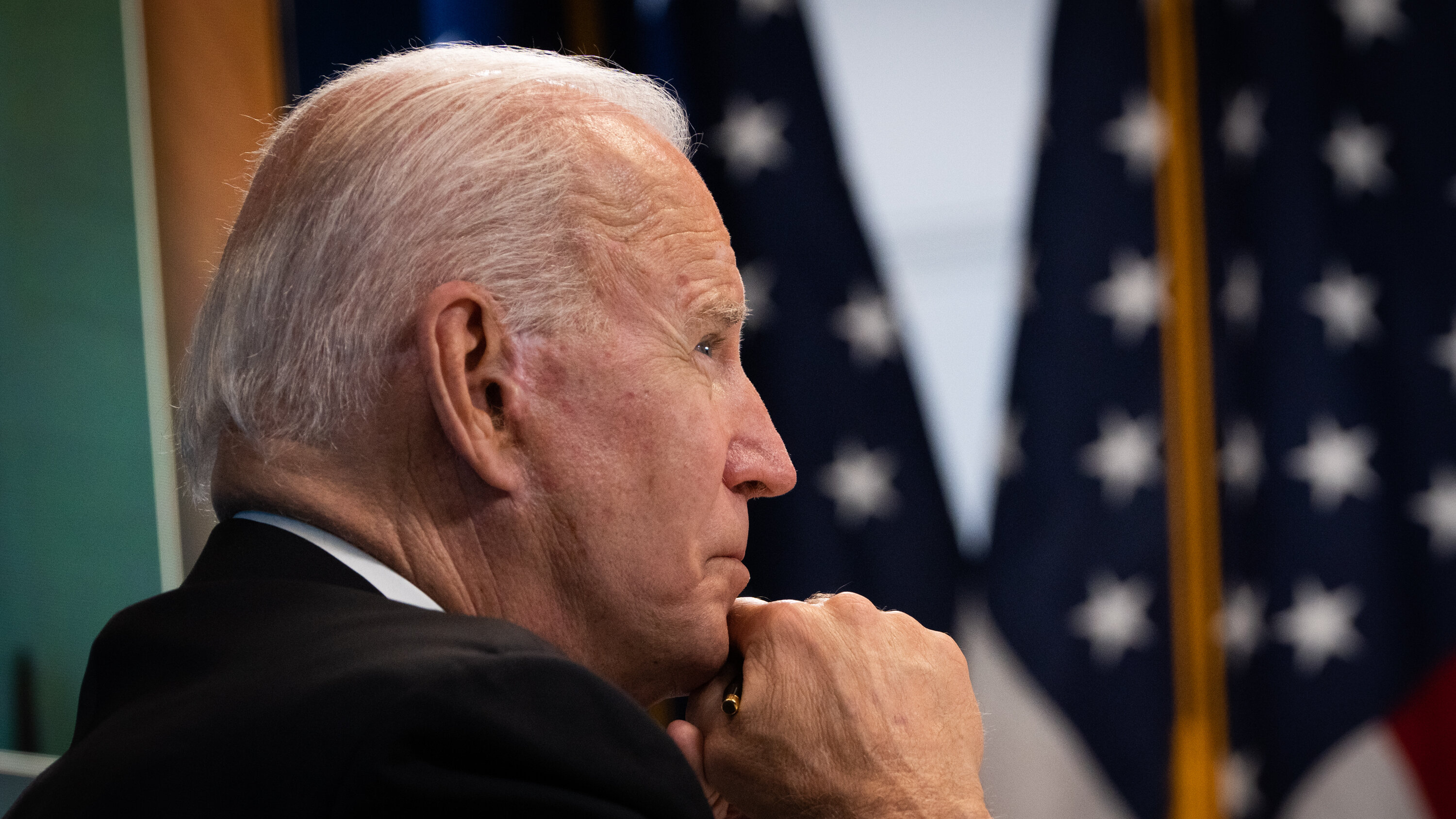 Killer Whale Stranded on Rugged Shores of an Alaskan Island

Mourning Families Seek Solace From the ‘Grief Purgatory’ of ...